You are here: Home / Case Studies / 5 Key Lessons for Your Business Ownership Lifecycle 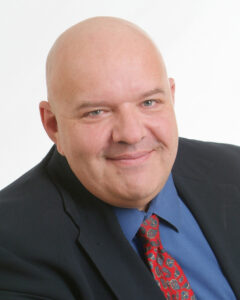 Many entrepreneurs don’t spend enough time thinking about the long-term trajectory of their businesses. No matter how successful you might be, eventually you’ll have to have an exit plan. From start up to growth to the sale of a business, there are many key strategic lessons to keep in mind to successfully navigate your business ownership lifecycle.

We recently sat down with Robert White, one of our long-time TAB Members, to talk about the business ownership lifecycle of his company. In 1990, Robert founded WhiteStar Corporation – a leading company in the global information systems (GIS) data and software industry. In his thirty years at the helm, Robert navigated the full trajectory of business ownership, and one of his key takeaways was the value of having peer support.

Robert joined TAB for the sense of camaraderie and shared problem solving that our CEO Advisory Boards offer. Over the years, he also benefited greatly from one-on-one coaching and strategic planning. In 2021, Robert successfully sold his company, transitioning from CEO to a minority stakeholder.

Throughout the business ownership lifecycle of his company, Robert picked up many key insights. He shared these lessons on how to successfully start, run and eventually exit a business.

1. Starting a Business Requires Willingness to Learn and Adapt

As with many entrepreneurs, Robert formed his company after working for someone else and believing he could do better. “I learned a lot,” he explained. “Starting a new business quickly reveals how little you actually know. The truth is that you don’t have to be an expert, but you do have to be good enough at a lot of things. Although I knew a lot about my industry, I didn’t know much about actually running a business.”

That’s why Robert turned to a peer advisory group for support. “A lot of entrepreneurs go into starting a business thinking they know it all, and that can lead to a lot of unexpected consequences. For one thing, you might not actually realize the value of your business!”

It’s easy enough to get a company up and running and then stick with what works. It’s also easy for CEOs to get burnt out trying to wear too many hats. Initially, Robert was running all of his own HR and strategic planning ad-hoc. When he joined a TAB Board, however, he gleaned a lot of valuable business insights from his peers – including what to delegate and which positions to fill.

A key lesson that Robert picked up from his early years was the need for external perspective. “Running a company, you’re really isolated. I joined a CEO Advisory Board because I realized I couldn’t think outside my own perspective. I needed a group of peers who weren’t competitors to solve common business problems together.”

Robert sought out accountability and insight that helped him make simple but significant changes – like having a cash flow statement and hiring a CFO. His peer group and business coach helped him to implement the basic tools that he needed to have in place to effectively grow his company. They also provided push back that helped keep things on course.

“As a leader, it’s particularly important to have people around you who are willing to ask hard questions,” Robert explained. “It’s good to get used to people questioning decisions you made, and you just won’t get that within your own organization. CEOs can get caught up in cones of vision. Just because you don’t believe it or see it – doesn’t mean it isn’t there. That’s why having people looking in from the outside is so important.”

Another key stage in Robert’s business ownership lifecycle was the structured strategic planning process he went through. As he worked to grow the company, Robert realized that the business needed to clarify its priorities and its values. Going through an organized, strategic planning retreat with his leadership team helped make that happen.

“Honestly, our strategic planning and team building retreat was life changing,” Robert said. “Together, we gave voice to the mission and values of the company. We created a vision for growth and made a plan for maintaining our priorities.”

With those strategic plans in place, Robert leveraged his TAB Board and business coach to make sure he met his goals. It helped him to clarify roles and responsibilities within the organization and define critical success factors. The accountability they provided helped him meet and then exceed expectations.

All business owners must eventually consider the final phase of the business ownership lifecycle: exit planning. Making the decision to sell a business, as Robert put it, “is one of the hardest things a business owner can do. Your business is part of who you are. So, it’s like asking, shall I chop my arm off today? But it’s a necessary part of the process.”

“Most people put it off. They kick the can down the street. Selling the business is always five years away. But eventually, it’s a decision you have to make. And when you make that decision, you’re going to up your game. Polish the shoes, cut costs, increase revenue. TAB helped me see that without a good CFO, you can’t move the business to the next level.”

Hiring a CFO and clarifying the roles of his employees was a key step in preparing his business for sale. As he put it, “when somebody acquires you, they want identifiable roles. You need standard job functions and to compare what the standards are in the industry to hire appropriately.” It’s important to clarify whether your employee is a bookkeeper or an accountant, and to be able to point to what their specific role is in the company.

5. There Is Life After the Sale of a Business

Importantly, the sale of a business doesn’t have to mean the end of a business ownership lifecycle. For Robert, that meant maintaining a minority stake in the company. After a rest period and a vacation or two, Robert plans to rejoin his TAB Board in the fall to help with the transition from owner to partner. He’s also leaning in to the opportunity to give back.

As he explained, “the stereotype is that everyone who sells their business is going to buy a boat and go travel and do all the things they’d been waiting for. But the truth is that I made sure that I was doing those things already.”

“What surprised me was that I woke up after the sale and the only real change was a few digits in my bank account. What matters to me is the relationships, the problem solving and the opportunity to work with amazing people. After the sale, immediately the question was: what’s next in my business life? TAB helps give me context to answer that question.”

You are one of the “Best Businesses in Denver!” The Denver business community would love to hear more about you and your business.